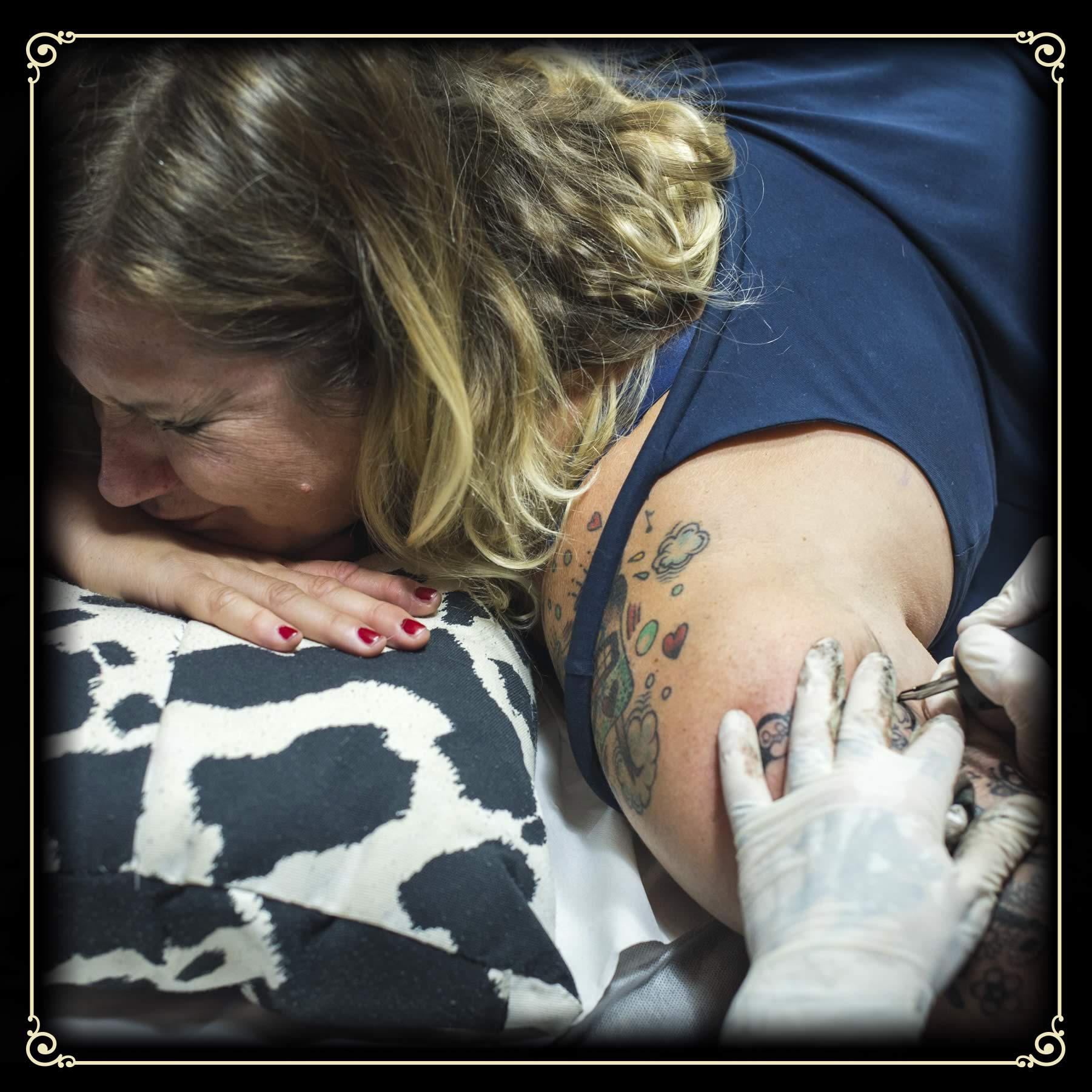 16 Oct How much does it hurt to get a tattoo? Everything you need to know

Preparation, key to the pain of applying a tattoo

The tattooing practice is intimately linked to experiencing pain. It is part of the ritual and this is how it should be understood. But, even though we have assumed the idea that not only should we enjoy the destination but also the journey, it is understandable that the majority of the people who decide to get tattooed on a “virgin” area of their body would like to know in advance the degree of suffering they will have to face.

The first thing we need to know is that pain is, by definition, a subjective experience.
Medically it is described as a complex and multidimensional phenomenon in which not only physical and sensory factors, but also emotional and even sociocultural factors come into play. 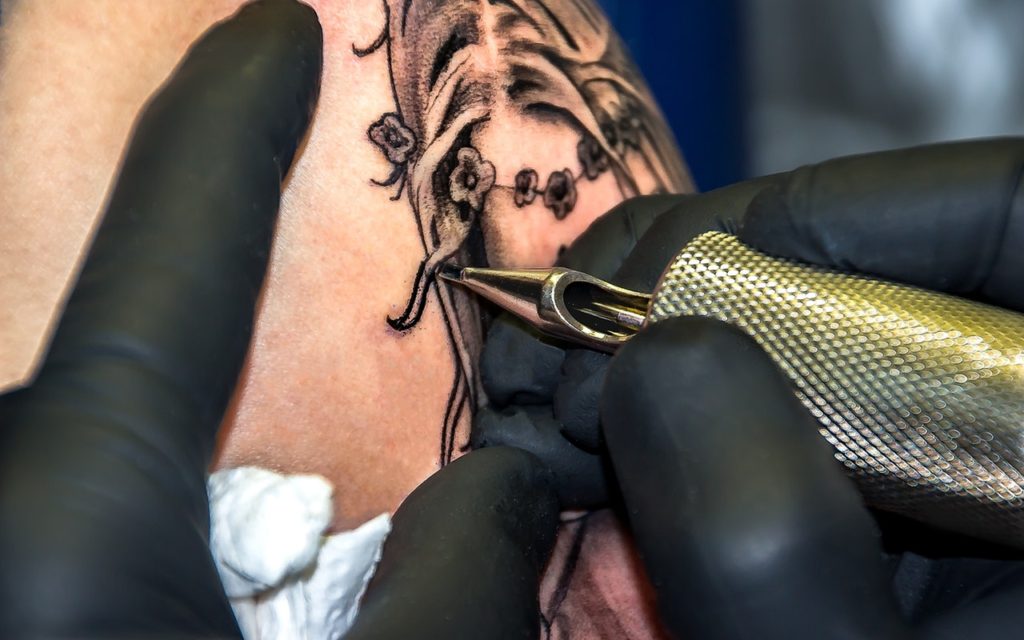 Anxiety and pessimism are some of the elements that directly affect pain tolerance. Precisely for this reason it is recommended to take with caution the stories we hear from others (especially if it is one of those videos that circulate on the internet where they show absolutely disproportionate reactions of people who are being tattooed).

Tattooing essentially consists of making a wound on the skin which triggers a stimulation of the nerve endings. The pain therefore is part of the game. In any case, the tint is injected in the third layer of the epidermis (which is the outer layer of the skin, and it is renewing constantly throughout our life) which means that it doesn’t reach the dermis located at a greater depth (1 or 2 millimetres).

Considering all these factors, we will try to map the pain of each of the body parts where tattoos are usually applied. We will use a scale from 1 to 10, although we anticipate that there is no area totally free of pain, and there is also no area where pain is objectively unbearable. In general, we should know that the areas that tend to hurt the most are where the skin is thinner and not hardened by friction. The intimate areas or where the bones are closer are those that will make is “suffer” a little more.

Normally the area of the arch is tattooed. It is a little bit sensitive because of the proximity of the tendons, but it is bearable.

Tattoo pain level on the toes: 7

It is a little more painful due to the proximity of the bone.

Tattoo pain level on the ankle: from 5 to 7

A level 7 on the are of the bone. Contrary to what people usually think, the area around the ankle and the upper part where it joins the leg are not that painful (a level 5 approximately).

Tattoo pain level on the shin: 8

Tattoo pain level on the calf: 4

Both the back and the sides are comfortable areas as much for the client as for the tattooist. The pain also depends on the position of the client.

Tattoo pain level on the knee: 8

The front part hurts because it is an area with joints, and the back part hurts for having thin skin unaccustomed to friction.

Tattoo pain level on the thigh: from 3 to 8

Only 3 on the front and the side. The internal part is much more painful (8).

There is a mistaken belief that it is one of the most sensitive parts of the body for tattooing, but it is not.

Tattoo pain level on the genitals: 8 or 9

This is a more bearable area for the client because it is covered with a great deal of fat. However, it is a little bit uncomfortable to tattoo as we all have the tendency to squeeze the buttock muscles as a reflex.

Tattoo pain level on the hip: 6

It is especially painful where the hip bone sticks out more.

Tattoo pain level on the stomach: 5

It is much more painful at the pit of the stomach, just before the sternum. Also, it is a more complicated part of the body to tattoo, especially when the client is nervous and their breathing intensifies. 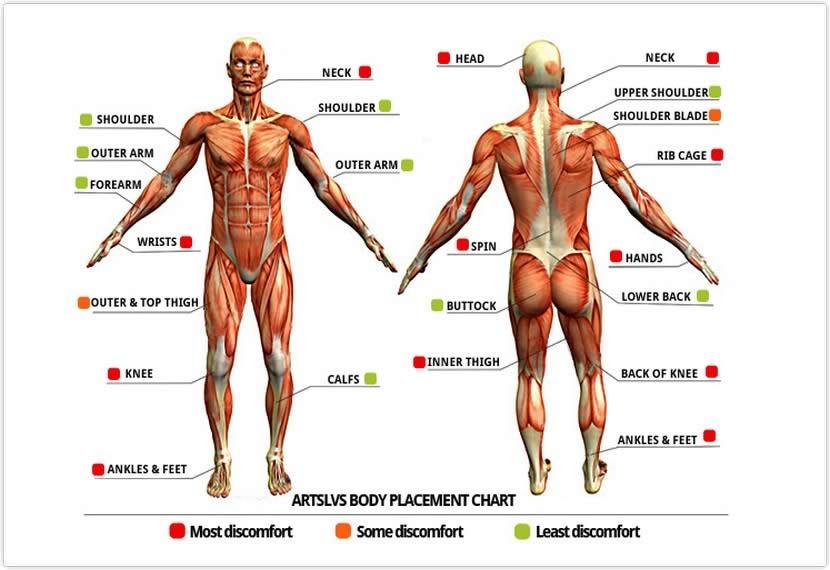 Tattoo pain level on the ribs: 7

It is an area with many bones and fine skin, although the pain is bearable. It is quite uncomfortable for client,as he/she has to lie on his/her side with little support.

Tattoo pain level on the back: from 3 to 5

The upper part of the back is one of the least painful areas (3-4), while the lumbar area hurts a bit more (5)

Tattoo pain level on the chest and sternum: from 6 to 8

While the pectorals are a comfortable area for both the tattoo artist and the client, the sternum is much more painful.

Tattoo pain level on the shoulders: 3

Tattoo pain level on the biceps and triceps: from 2 to 3

These are very appreciated areas because the bones are not close and they are exposed to friction throughout our lives.

Tattoo pain level on the elbow: 7

Tattoo pain level on the forearm: 3 on the outside and 4 on the inner part.

Tattoo pain level on the wrist: 5

Tattoo pain level on the hand: from 6 to 9

On the side of the hand, on the knuckles and on the fingers is 7. From the last joint of the finger to the nail the pain intensifies until 8. The palm, according to many people, is the part of the body where tattooing is the most painful (9)

Just like in the case of the groin, neck tattoos have a reputation to hurt a lot, but it is not so. It is more a question of apprehension than real pain. Close to the throat under the chin the pain rises to 7, while on the nape it goes down to 5.

Tattoo pain level on the face: from 6 to 8

The area of the sideburns is more bearable (6), but the sides and the crown are more sensitive (7 and 8 respectively). 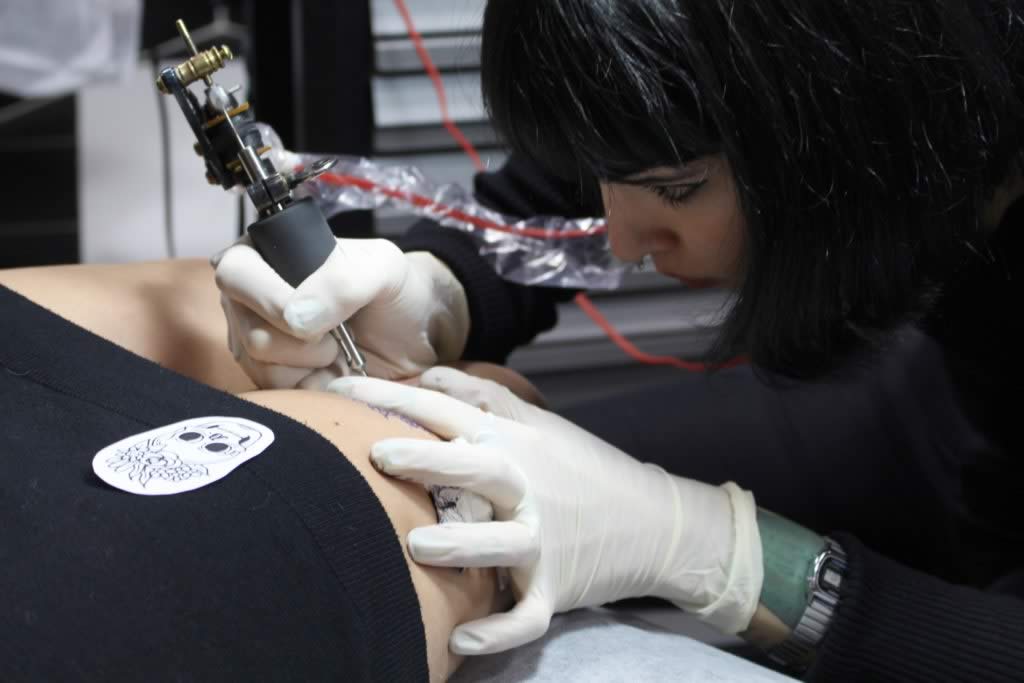 Other factors that affect the pain of the tattoo

Fine lines usually hurt more, because the needle must be driven into a smaller surface. To understand this we can imagine walking on snowshoes: the wider the shoes, the less we sink. Generally, filling areas hurt less, although on very large tattoos with large areas to fill the tattooist is obliged to go over the same area more times, which inevitably produces additional pain.

Manual techniques such as the traditional Japanese tebori, the Maori or the Thai (which is done with a bamboo stick) transmit less pain sensation, but probably only because the blow dims the perception of the puncture.

The type of the tattoo machine.

The wast majority of the tattoos are made with machines. The most common ones work with a coil system. There are also direct rotating machines which produce more pain, unless they have a piston or a strap that dims the puncture somewhat. Both with the rotary and with the coil machine it is possible to reduce pain using a cartridge which is a newer type of device that, instead of using needles and tubes, works with a needle integrated in the tube itself.

The experience of the tattooist.

A tattooist that hasn’t mastered the technique can cause more pain, because novices have the tendency to thrust the needle too deep or not to thrust it in the correct angle.

Another advantage to pick an experienced tattooist is their ability to adapt the intensity and pace of the session to the needs and the mood of the client.

The conditions of the place where a person decides to get a tattoo unconsciously influences the overall experience. Obviously, it doesn’t reduce the pain itself only the perception of it. It is important that the place is not crowded with people, the atmosphere is pleasant, the music is not too aggressive, and that the temperature is correct (not too hot, not too cold). 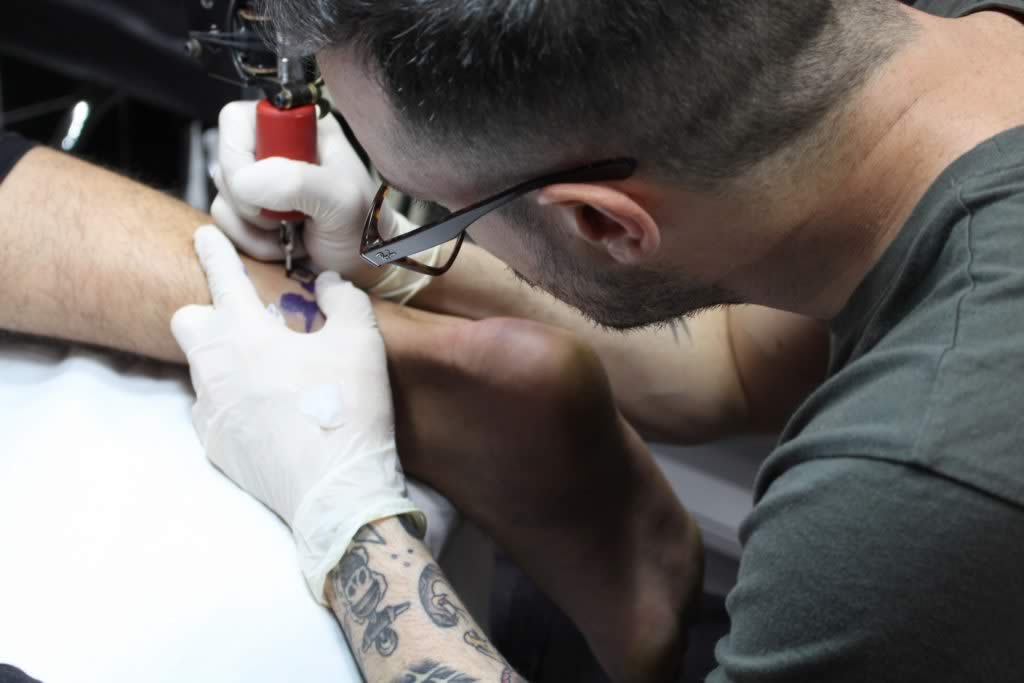 Tips before getting a tattoo:

It is convenient to arrive at the premises with a real expectation of the pain associated with the area of the body that you want to get tattooed. Mental preparation is essential to be able to stay calm during the session, and not to take it as a sacrifice but as a positive experience.

As we pointed it out at the beginning of this section, you shouldn’t pay too much attention to other people’s statements.

You shouldn’t arrive to the session without having eaten anything. It is important to have eaten well that day, and to avoid coffee or any other stimulants. Taking a valerian or a lime blossom tea can also help.

The idea that drugs or alcohol can help reduce pain is completely untrue. Quite the contrary, those types of substances increase sensitivity.

Anti-inflammatory pills such as ibuprofen can help you to slightly relieve pain and inflammation, but you should only take it if there is no medical contraindication in your case.
Enjoy and live the experience!