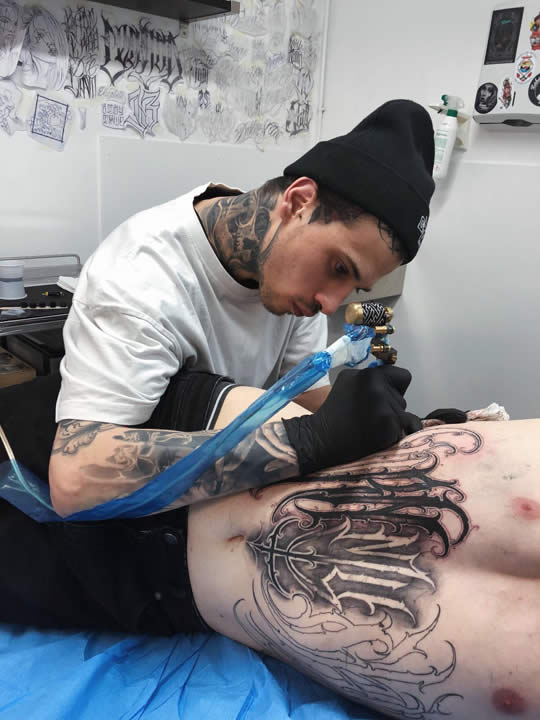 This Italian tattooer, residing in Barcelona and specializing in lettering is one of those artists who stand out because of their technique and originality thus creating their own style. He started by studying different calligraphy types, analysing especially the so called “Chicano Style” and everything about it in terms of tattoo style, culture and technique.

His way of creating letters has developed constantly during his career, and slowly he began to experiment with his drawings and letters adding a touch of imagination and originality.

The style of Gabri-L is characterized by designs that start off with a couple of guidelines and then turn into something amazing. The dominant colour in his designs is solid black, but you can also find negative creations that breathe on the skin. 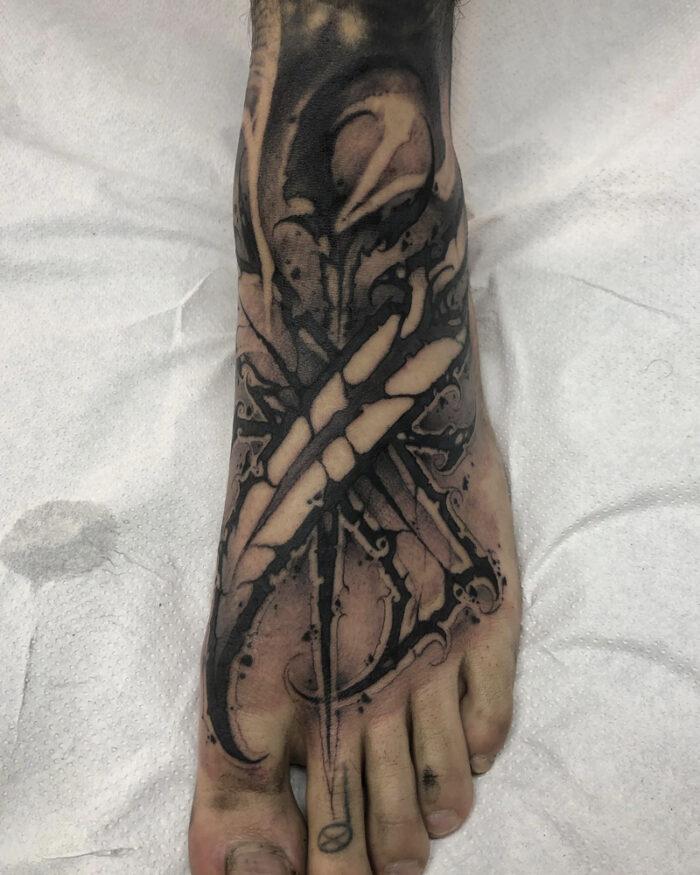 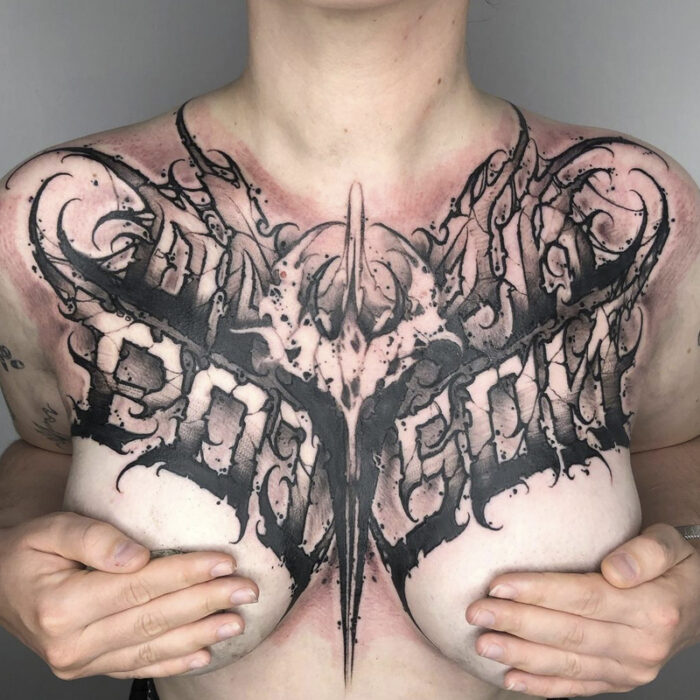 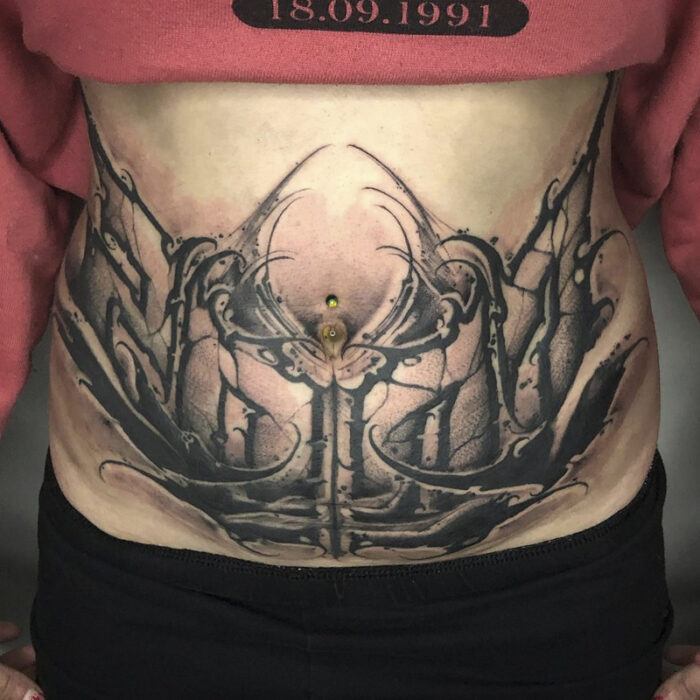 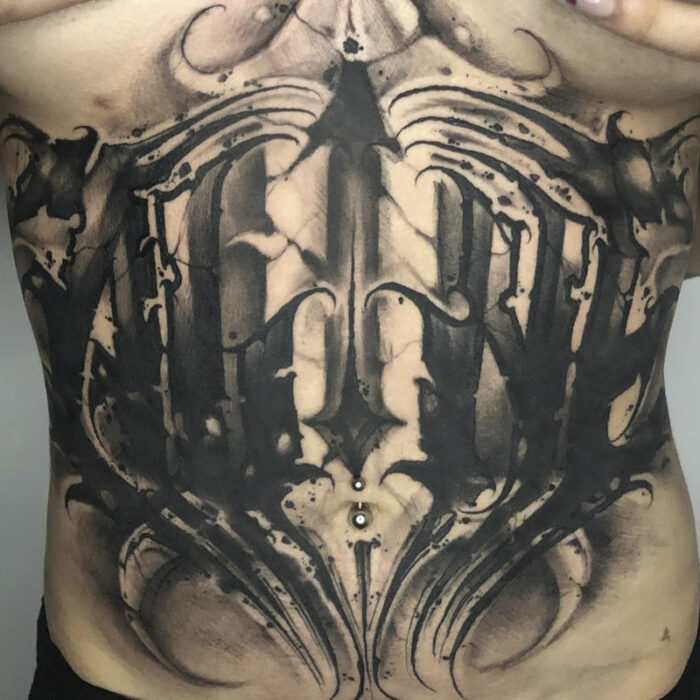 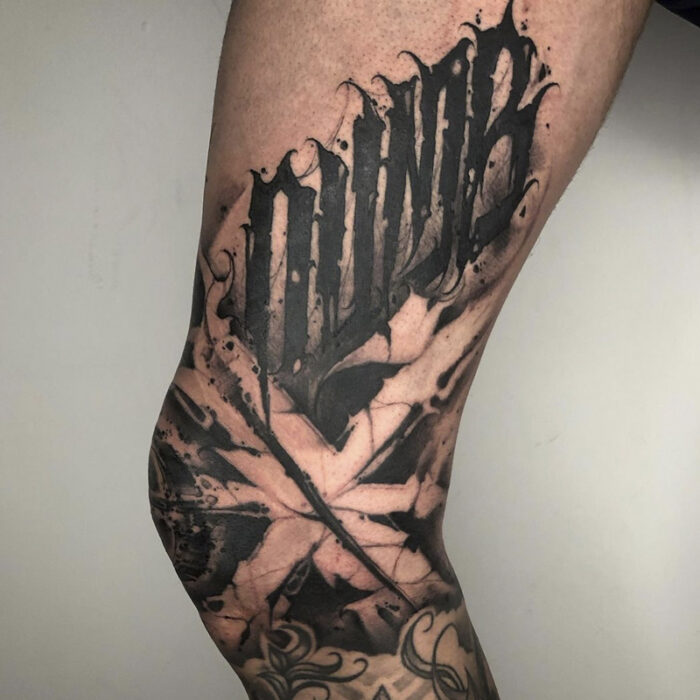