Oscar de Pedro, also known as Brujo (Instagram) is one of the most veteran and well known tattoo artists from Madrid. Born in 1971 and son of an artist he obviously inherited his art from his father.

He has been tattooing in the capital since 1996 with the experience acquired at the 4×4 in the heart of the Malasaña neighbourhood. Shortly after he founded the PORVIDA Tattoo with Eneko where his good reputation was created, as it was a studio recognized by its influx of quality tattooists invited since as early as 2001 like Kevin Le Blanc (USA), Hennes (Germany), as well as a full team of residents as Jace, Keik Balcazar or Vladi.

Then he embarked on a solo project with the SANTA DOLORES Tattoo, located in Espoz y Mina street, where he gathered a good team with Chanok, Sine (d.e.p) Pankeke, Gore, Sins or Little A between 2006 and 2011. A place where there were also art exhibitions because the whole staff was very restless artistically.

Perhaps this was the origin of the joint project that he has now with the already mentioned Chanok and Luis Albacete, the VENENO Tattoo, where the three of them run one of the most reputable studios in Spain (Facebook / Instagram).

We could describe his work as very multifaceted since he is an experienced and versatile tattoo artist, although more dedicated to the oriental, especially Japanese and Tibetan. He has extensive experience in whole-back pieces or full arms, and it is in this style where you get the most out of this type of work. Nor does he resist a good traditional tattoo or even a portrait. As we say, old school tattooers have known how to move in all kinds of styles.

He has been working in studios all over the world, such as Tattoo Land with Jack Rudy, Lyle Tuttle in San Francisco or Dermafilia in Mexico City.

That’s why we are glad to have him as a guest here at No Land Tattoo Parlour on June 22 and 23, where you can book an appointment and tattoo with this national tattoo legend. 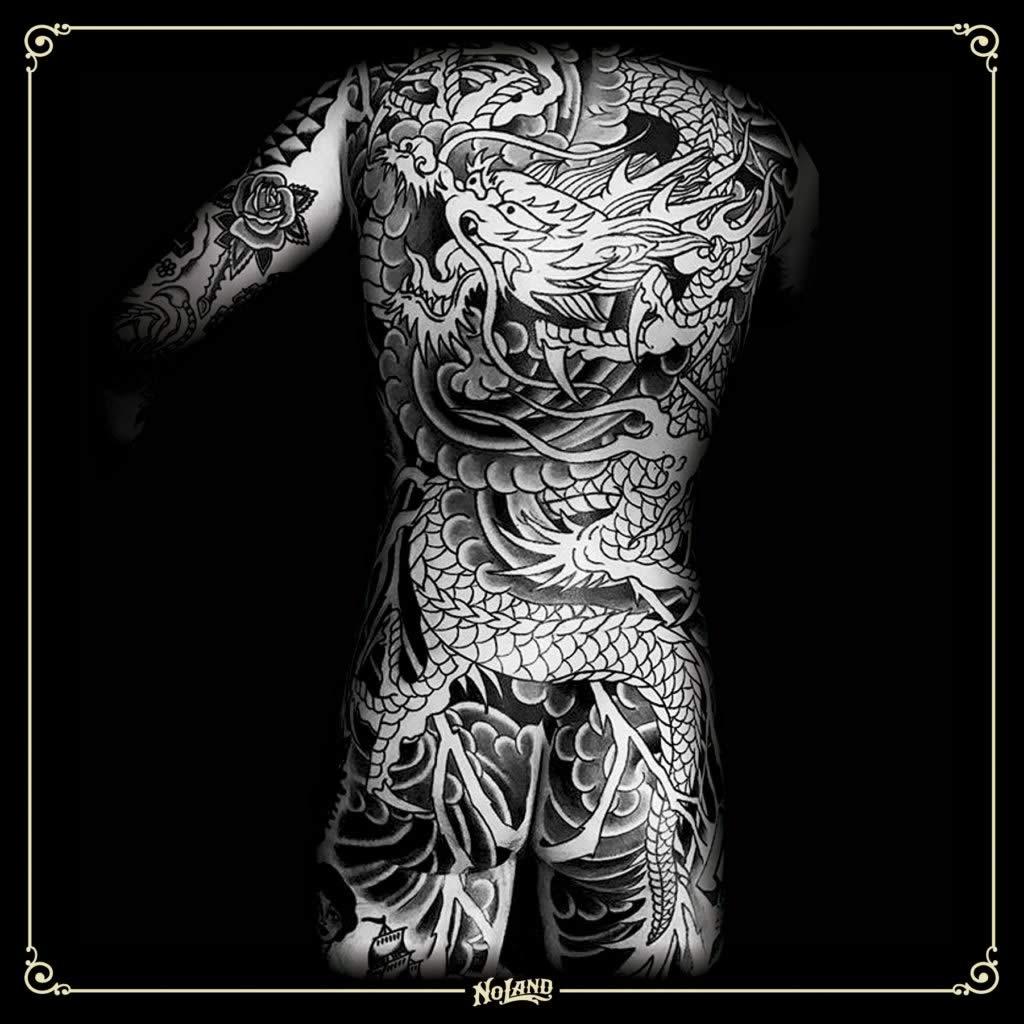